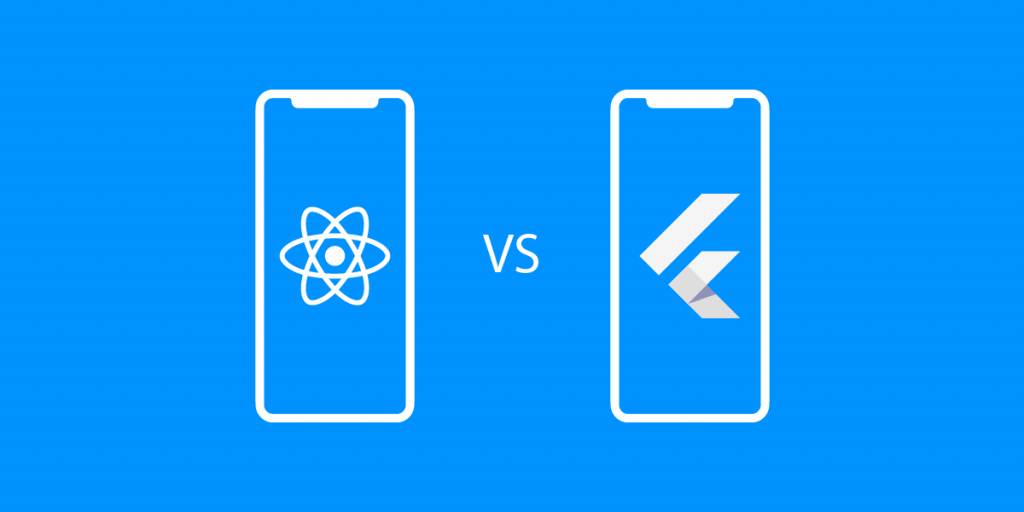 Introduced in 2017 by Google, Flutter has acquired popularity for being one of the best cross-platform frameworks in the market. It is an open source framework that allows developers to use the same code to build mobile applications for different platforms. Although Flutter is a new kid on the block, it is one of the robust and full-fledged frameworks that has given a tough competition to its rival – React Native, developed by Facebook.

Since both are cross-platform frameworks that use a single codebase to run multiple apps, both have been extensively preferred by business owners because of reducing the development time and cost. In this article, we will discuss some additional benefits offered by Flutter over React Native.

Benefits of Flutter over React Native

There is a large difference in code structure between Flutter and React Native. The data and templates in Flutter are not separated by the code. While designing UI layout, it doesn’t require visual tools or templating languages, which leads to saving considerable time. Contrarily, React Native allows developers to make structure decision, which can be a tradeoff to consider.

If you want to integrate Wi-Fi, NFC payments and biometrics in your application, then React Native may fulfill your purpose as it supports many APIs for bluetooth, geo-location and more.

However, if you are looking to customize graphics, then React Native isn’t a good choice to go with because it lacks drawing tools. On the contrary, Flutter supports a range of APIs as well as a lot of customization options to build an app of your dreams.

React Native provides general documentation which is a bit disorganized. Moreover, there are a lot of things missing in the documentation. While Flutter offers clean, clear and informative documentation, which simplifies the developers’ job and make it easier for developers to develop and implement applications.

Hot Reloading feature relaunches the application automatically whenever there is a change in code. It helps you retain the previous state of the app, especially when you are fine-tuning the user interface.

Hot reloading is pretty good in both the frameworks; however, it is quite faster in Flutter compared to React Native. You can make any change in your Flutter app and it will automatically reload the code and let you carry on from wherever you left.

To sum up, the Flutter application development framework is an excellent choice over React Native since it is the latest framework containing tons of features. Flutter provides all the required libraries, so the developers don’t need to rely on third party libraries.

However, if you want to get the most of the Flutter framework, it is advisable that you consult a competent Flutter development company – Velox Softech that can help you build a robust mobile app leveraging the full potential of Flutter.

You may read more : Should You Choose React Native or Flutter for Your Next Mobile App Development?