Should You Choose React Native or Flutter for Your Next Mobile App Development? 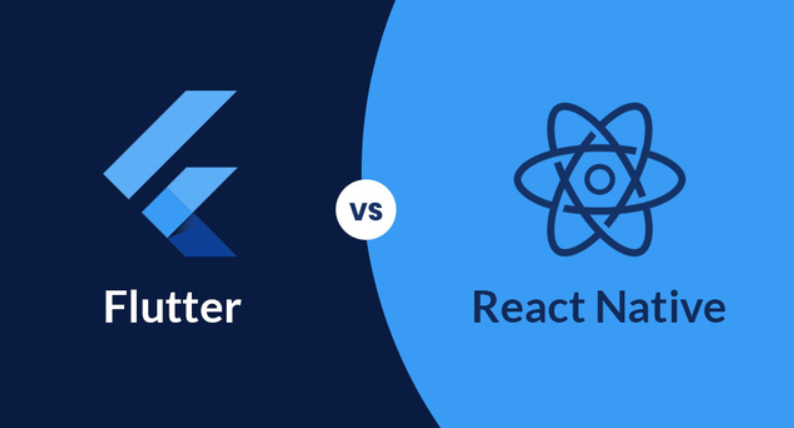 Having both iOS and Android mobile app is a dream for many business owners. But, before you launch a mobile application, you are required to choose a technology stack. While building cross-platform apps is trending these days, the advent of new frameworks has made it easier to create apps without using Java for Android and Swift for iOS. React Native and flutter are the two major cross-platform mobile app development frameworks that are being extensively used to power thousands of applications today. However, do you know which platform is worth your time, money and efforts? In this post, we will learn about both these frameworks and compare their distinct features.

What is React Native?

React Native is a Javascript-based open-source framework, which is primarily used for native rendering of applications that are particularly created for Android and iOS systems. The framework is owned and operated by social media giant, Facebook since 2015. As React Native runs on Javascript, professional JS developers can easily gain operating knowledge of the framework. It allows you to develop user-friendly, multi-tasking and intuitive apps without hiring separate app developers and designers for Android and iOS platforms. Facebook, Wix, Instagram, Walmart, SoundCloud and Bloomberg are some popular companies that use React Native.

Flutter is an open-source app development toolkit from Google that is based on the Dart programming language. Flutter is commonly addressed as an enhanced UI framework for developing cross-platform apps using a single codebase. Since Dart supports object-oriented concepts, anyone with the knowledge of Java can learn this framework easily. WithFlutter, developers can build multi-tasking, interactive and smooth apps with different screen resolutions. It enables developers to build flexible and expressive UI with native performances. Google Ads, eBay, Alibaba, Tencent and BMW are some popular brands that use Flutter.

Both React Native and Flutter are popular frameworks when it comes to cross-platform application development. However, each has its own peculiarities. Let’s compare both frameworks on the following criteria.

Since React Native is based on Javascript, working with this platform comes as easy for web developers. Another advantage of working with Javascript is its solid popularity. In fact, according to StackOverflow’s 2020 developer’s survey, Javascript is the most commonly used app development language for eight consecutive years. So, hiring and managing a team of Javascript developers is pretty easy.

While Flutter, on the other hand, uses Dart programming language, which is a client-centric language. Dart follows OOP concepts, which make it quite similar to C++ and Java. If you are familiar with these languages, you can easily pick it up. Furthermore, based on a study conducted by Stack Overflow, developers love Dart more than Javascript.

Installing React Native is quite simple. Through the command line, you can install React Native CLI globally. Note that you will need Yarn and NodeJS installed in your system as a package manager. On the contrary, Flutter requires downloading the binary for a particular mobile platform. Afterward, add it to your PATH variable, which can be done through the command line. As Flutter requires additional configuration, it loses points against React Native when it comes to installation and initial configuration.

React Native relies very much on third-party libraries to access native components to get that native look and feel. It uses Javascript Bridge that allows React Native to render native modules for each operating system. The major advantage with React Native is that it has a lot of ready-made components that can be used as building blocks. With React JS alone, you can deliver better UI/UX, without learning a native programming language. But, React Native components behave differently on different platforms, which makes it very difficult to replicate a complex UI.

Flutter has a plentiful set of components and UI widgets packed within itself. That means it allows you to develop native apps without requiring third-party libraries as the large library of framework’s own widgets is enough. With widget animations like ‘Cupertino’ and ‘Material Design’, you can create smooth navigation and flexible motion that significantly improves the user experience. Although Flutter apps work consistently across all platforms, it lacks the sort of fluidity of ReactNative.

Javascript being a well-known coding language, it is very easy to find Java developers. The app development process can begin and complete pretty quickly. In addition, React Native offers very high code reusability across multiple platforms. Furthermore, there are tons of libraries that speed up the development process. Also, the Hot Reloadingfeature in React Native enables developers to make changes and test UIs instantly without compiling the code. Thus, they can immediately view changes that save a significant amount of time.

Although it is pretty easy to create simple apps with Flutter, one must learn Flutter in order to develop complex apps. Dart, being a relatively new programming language, finding Flutter developers can turn out time-consuming, and you may miss project deadlines. Similar to React Native, Flutter too uses the Hot Reloading feature that enables developers to make iterations and view them instantly.

Performance plays a crucial role that decides the success of the application. React Native is often preferred to create stable apps. As React Native offers platform-specific codes to build stabler apps, it adapts with native platforms more smoothly than Flutter. ReactNative is further preferred for its lesser development time, cost-efficiency and faster time-to-market.

Flutter team is constantly working to roll out new updates with the sole purpose to enhance app performance. The latest version of Flutter offers two different sets of widgets for iOS and Android, which allows creating platform-specific apps with better user interface and UX. Although Flutter is a newer framework, its performance is on a par with React Native.

React Native offers decent documentation, however, it is more focused on developers who are already familiar with Javascript. Moreover, some features aren’t properly documented and finding information regarding native libraries is not straightforward.

While Flutter on the contrary, offers rich documentation. It provides detailed information along with video tutorials and graphics. It further offers several tools inside the framework that can assist you in application development.

When working on an open-source framework, support from the developer community matters the most. Fortunately, ReactNative offers support from its huge community of contributors that are constantly working to bring new updates. Since its launch in 2015, React Native received tremendous response from developers across the world. On the other hand, Flutter has a relatively smaller community than React Native. However, with the growing popularity of Flutter, the community is growing as well.

React Native has a specialized library called Bugsnag, which quickly identify bugs that may impact the app performance. Bugsnag makes it easy to monitor crash reports. If the developers follow the right method to integrate React Native and Bugsnag with the native environment, they can get a deep insight into the crash reports. Accurate crash reports enable early detection of the issue during the testing and development phase, so the project can be delivered on time.

Right from Flutter’s launch, developers are working for stabler versions. With regular updates, app developers and merchants can rest assured that Flutter will meet their expectations. Speaking of which, nearly 80% of all developers are using a stable version of Flutter.

When to use React Native?

You have limited development time and budget – Using JS codes for building native apps for both Android and iOS can save a significant amount of time because of reusable codes. It takes fewer hours to create and deploy apps with ReactNative. Since the time taken to develop apps is directly proportional to the cost of the development, the code reusability feature also saves you heaps of money.

When to use Flutter?

You want high-performance cross-platform apps – The ultimate goal of any application should be able to perform flawlessly on any device running any operating system. WithFlutter, businesses can create enterprise-grade apps as good as native apps.

You want to build custom UI – Flutter allows you to develop any type of custom UI much faster and easier compared to other platforms. The flexible and efficient features of Flutter further reduce the burden on app design and development teams while creating intuitive user interfaces.

Thus, to sum up, Flutter is your go-to framework if you have a limited budget or you want a simple application as fast as possible. Flutter is also preferable if the UI is the core part of your application. But, if budget is not your concern and you want an app with extensive features, you can go with React Native. However, the ultimate choice of the framework depends on your budget, business goals, project requirements and time to market.