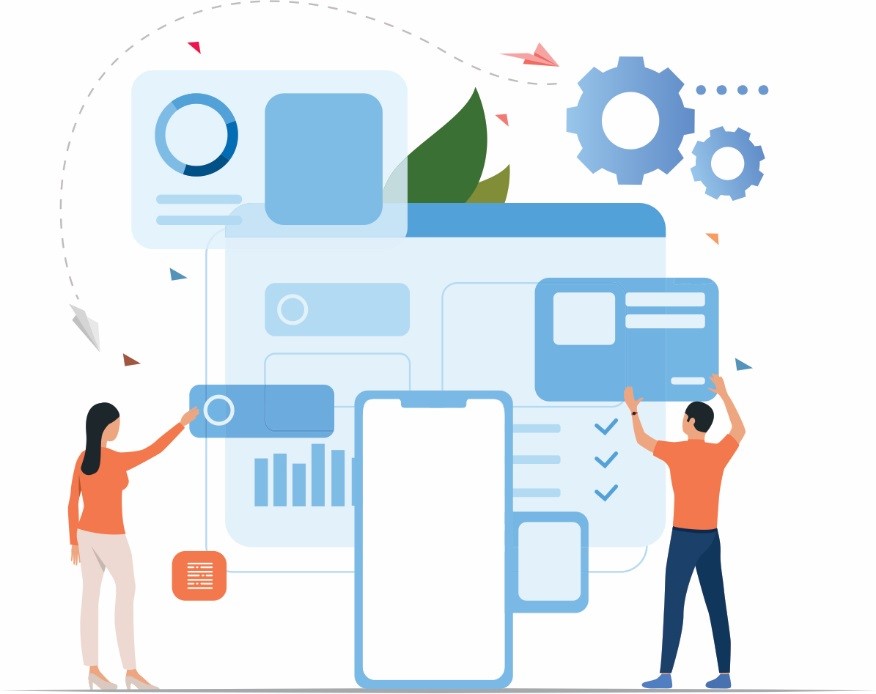 Often known as the future of the hybrid mobile apps, React Native has been extensively used to create enterprise-grade apps. React Native is one of the popular mobile app development frameworks in the market today that was built by Facebook in 2013. Using React Native, developers can develop apps for numerous platforms, which work as efficiently as native apps. Furthermore, its instant compatibility with iOS and Android platforms helps developers save a great amount of time.

A while ago, we talked about React Native and discussed why it is loved so much by both developers and business owners. React Native’s key selling point lies in the fact that the developers can code once and deploy anywhere. Needless to say, React Native isan excellent framework to build high-quality and scalable applications. However, in order to make the most of the framework and truly reap it all benefits, developers need to know the framework inside out. Having a comprehensive knowledge about the framework is the only way you can work efficiently, and avoid any mistakes that would hamper the user experience.

In this post, we will discuss top 7 common mistakes to avoid in order to maximize efficiency of your React Native mobile application.

#1 Overlooking the Importance of Page Structure

The structure of the project is the first thing to consider while building React Native apps. Before you begin, you should bear in mind that you can never use the exact same codes for Android and iOS because both platforms differ in terms of layout and page structure. Ignoring the application layout for both systems is a common mistake that every React Native developer makes. Developers with lack of experience and understanding of principles lead to poor estimations.

Hence, you should always prepare yourself for dealing with two different page layouts as well as different back-end and database points before creating an estimation. When it comes handling the logic of the app, it should be perfectly programmed.

Redux is a major tool that helps in efficient application management. Even though this tool has evolved a lot over time, but the core features of this tool are still actions, middleware, reducers and the store. In order to work flawlessly with this toolkit, you need to acquire comprehensive knowledge in all of its key components. This is where the most people struggle with, and this is the part that cannot be ignored. If the store is not configured properly, it can mess with your core processes, debugging, logic tests and data flow.

Therefore, in order to correctly integrate Redux store in your React Native system, you will need to carefully build the store’s hierarchy and manage your files. Add the first reducer function, and put extra focus on what you will need to do with your app. Afterwards add more reducers and cautiously combine them. Another thing to keep in mind while working with Redux is that it is meant for big app projects. If you are working on a small app, it may complicate things beyond your needs.

#3 Not Optimizing the Images

Images in React Native should be taken care with utmost attention as it directly influences application’s performance. If the images are not optimized, they may eat up a lot of space in your storage as well as decrease your app’s efficiency. This is important to consider since the memory and storage are crucial parts of every application.

Fortunately, image optimization is not a difficult task. Just make sure you resize your image before uploading it into React Native. Keep the images in ‘webp’ format for fast load time and reducing binary sizes. Choose PNG over JPG and cache your images locally for fast loading. Although optimizing images don’t require a lot of efforts, but most developers tend to skip because it is tedious to do.

However, such small neglectful acts carry a lot of weight, and may create problems in the later stages. Thus, make sure that your single moment of laziness doesn’t impact your storage and memory that you will need for the important things.

When working with states, one common mistake that developers make is using stateless components every time. No doubt that stateless components in React Native are designed to boost performance. That is because these components don’t have any local state or extend any class – they just return what is provided to them in the DOM. This allows developers to run tests easily, and launch the product faster in the market. This was a common practice earlier. However, it is not as effective now as it was used to be before.

Therefore, to speed up the process, developers need to switch to using Pure Component. This seems to be a better option because it doesn’t re-render when parent component re-renders. It is also an important upgrade in React Native, making it a blazing fast framework to work with. In addition, initializing the state is also an important part to consider, since a wrongly initiated state can cause interruptions in the cycle, which may lead to poor application performance.

Developers are accustomed to saving time. Therefore, they use external modules during app development process. The modules make things simpler and easier as they come with documentation. However, more often than not, they skip to read all the codes in the external module before using. This is the most common mistake developers make who lack in knowledge and experience. They simply get the module and start working on it.

This is not the correct practice followed by the developers. Using external modules without verifying may result in improper functioning of the modules. Also, this can end in increasing the workload instead of reducing it. Hence, to ensure modules work as per your expectations, it is essential to verify the code in the modules in order to identify any errors, so you can complete your project smoothly and on time.

#6 Not Removing Console.Log Statements After Debugging

Console.Log statements are really an important part of the React Native mobile app, and in many situations it helps you ensure that the application is bug-free. It is an inbuilt function in the JavaScript that act as a life savior for developers, allowing them to debug the app execution and detect bugs. These statements enable developers to understand the problems in the line of code, and why the application is not performing as expected.

Neglecting to run tests is an easy mistake to make while building a React Native application. The unit tests enable developers to independently test different parts of the application in order to ensure they are functioning as expected. It is often overlooked by developers as they believe applications can still work technically without running unit tests. But, it is a blind game to play as you can find out result only once your app is out in the market for people to download. If there is any glitch in your app, it may negatively affect your reputation and user experience.

Instead of leaving your app’s fate at the mercy of your customers, it is better to test its functionalities before launching in themarket. Conducting unit tests will also save time by identifying bugs and resolve the issue immediately.

These are some common mistakes developers should avoid when working with React Native application development. Developers should be aware of these mistakes, and try to avoid them. It can save a great deal of time, money and efforts if these mistakes are avoided attentively while building an application. If you are looking to build enterprise-level React Native application for your business, it is highly suggested that you consult professional React Native developers from Velox Softech that have years of experience and expertise. We have proven record of offering cost-efficient solutions, which have worked extremely wellfor our clients.