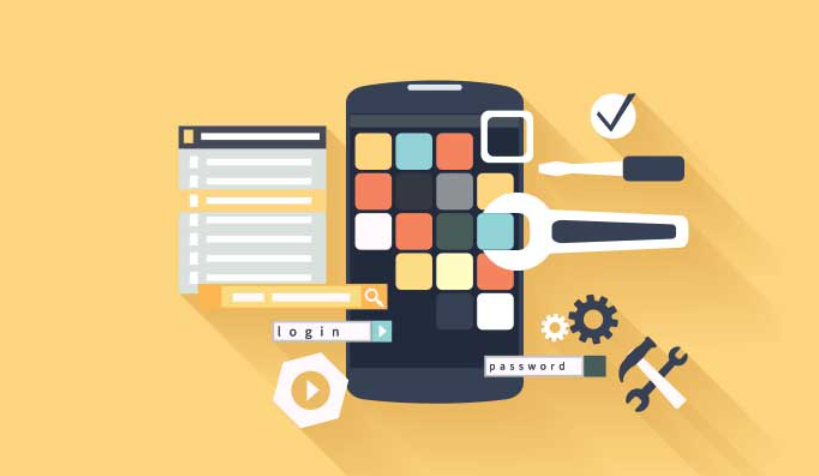 Whether you are just starting out or a well-established business, having efficient mobile development tools on hand will make your job easier and will help you save on development costs. However, mobile app development is a time-intensive and complex process. It is really challenging for developers to create an app that is not only efficient but runs on multiple platforms and devices. And, that is how cross-platform app development comes into the picture.

Cross-platform is a framework or development tool through which a single mobile app can run on multiple systems, such as iOS, Android and Windows. That means the developers need to write the codes only once, and the application can be deployed on any platform. This also makes app development more cost-efficient and time-saving. Some additional benefits of using cross-platform frameworks are code reusability, easy hosting, lesser technical barriers and convenient cloud integration.

But, when it comes to choosing the right app development tools, e-commerce owners are often unaware of what framework would suit their requirements the best. In this post, we have created a list of some of the best cross-platform frameworks, considering several factors. Check out these 9 frameworks to make your next app development project a success.

Based on Javascript, React Native is the most popular choice among developers for creating enterprise-level applications. React Native was launched by Facebook in 2015, and within a very short time, it took the mobile app industry by storm. With React Native, developers can quickly develop mobile applications and businesses can launch the app on both platforms without compromising on performance and quality. The open-source nature of the framework and its code reusability feature makes the app development more convenient.

According to Statista, over 40% of all developers still consider React Native their first choice as it allows writing modules in native language like Java, C++, Objective, Swift and Python. Moreover, the framework is compatible with third-party plugins and acquire very little memory space. Some leading industry brands, including Skype, Uber Eats and Walmart are already using this framework.

Flutter is another great framework that is used to create high-performance mobile apps for iOS and Android devices. Based on Google’s own Dart programming language, it offers faster programming and execution features to the developers. This open-source software development kit offers a wide choice of widgets, UI elements and a high-performance rendering system that enables developers to design the application with smooth animation. App designers don’t require to manually update the UI content since Flutter is a reactive framework.

Besides, Flutter comes with a hot reloading feature that allows developers to view changes in real-time, without saving the application. According to Developer Survey Results, Flutter has become a strong React Native competitor by reaching amongst the top3 loved frameworks. As Flutter is a brainchild of Google, we expect to see this framework grow and offer active community support in the future.

Ionic having an immense market share, developers are inclined towards choosing this platform to build native apps as well as progressive web applications. It offers a huge library of native components, gestures, reusable UI elements and solid community support that allows developers to create intuitive applications for Android and iOS platforms.

Ionic is extensively used to create engaging and user-friendly mobile applications. It is pretty similar to AngularJS in structure and design, hence, developers should have knowledge about Angular JS in order to work with this framework. Some top organizations that use this framework are SAP, NASA and IBM.

Xamarin is one of the highly-regarded native mobile applications that let developers build native Android, iOS and Windows applications, using a single shared C# codebase. Launched as an independent cross-app development framework in 2011, Xamarin was later acquired by Microsoft in 2016, thus, adding more to its reputation than before.

Building high-performance apps with Xamarinis pretty faster and more convenient as it has a TestCloud feature that automatically tests applications across multiple devices through the company’s cloud service and ensures 100% code reusability. The mobile applications built with this platform are highly efficient and user-friendly across different devices. While using Xamarin, developers can use standard native APIs that offer native-like experience to its users.

Appcelerator is another great cross-platform application development tool that can be used to build, implement and test the functionalities of an app. With 99% user satisfaction and an 8.6 review score, Appcelerator has become a preferred choice of developers to create native apps by using just a single Javascript codebase. The framework consists of an open-source SDK that offers support for over 5,000 devices, the MVC framework alloy and the Eclipse-based IDE Studio.

Another advantage of Appcelerator is that it allows 90% of the code to reuse across different platforms. Developers can build applications for different platforms like Android, iOS and Blackberry, as well as hybrid apps in less time. Moreover, the platform offers a schema-less database alongside Arrow DB which allows you to implement data models with no setup efforts.

Nativescript is equivalent to coding for native apps with cross-platform compatibility in Javascript, Angular orTypescript. It offers every native API in Javascript of nearly all mobile operating systems. With this feature, developers can customize the user interface for particular devices. They can reuse existing plugins from npm in native script projects, which helps in extending the functionality of your app.

Nativescript is often used for creating microapps. Micro apps allow you to run functionalities with precision, which is usually focused on a single feature. Based on four major components, such as runtimes, Core Modules, Plugins and CLI, all together aid developers in creating apps faster and more efficiently.

Alpha is specifically used for building high-level applications, which can be used across all major mobile platforms as well as on Macs and PCs. The platform provides developers with different options when it comes to programming languages, such as C#, VB.NET, Javascript and Xbasic. Moreover, you can securely connect SQL and no-SQL databases using data integration to leverage REST services.

The peculiar feature of Alpha is that it provides you with huge storage capacity and allows you to access your business application even when you are offline. It also offers support for the smooth integration of GPS and GIS in your application. Alpha also has a calendar feature, making it easier for you to manage tasks across all devices.

Cross-platforms won’t only save an enormous amount of time and money, but they are effective as well. As used by industry-leading e-commerce companies, brands and social media giants, there is no reason why you shouldn’t use it for your project. The internet revolution demands businesses to have an online presence, and cross-platform app development is one of the easiest and most affordable ways to shift your business online.