React.js vs Vue.js– which framework to choose in 2020? 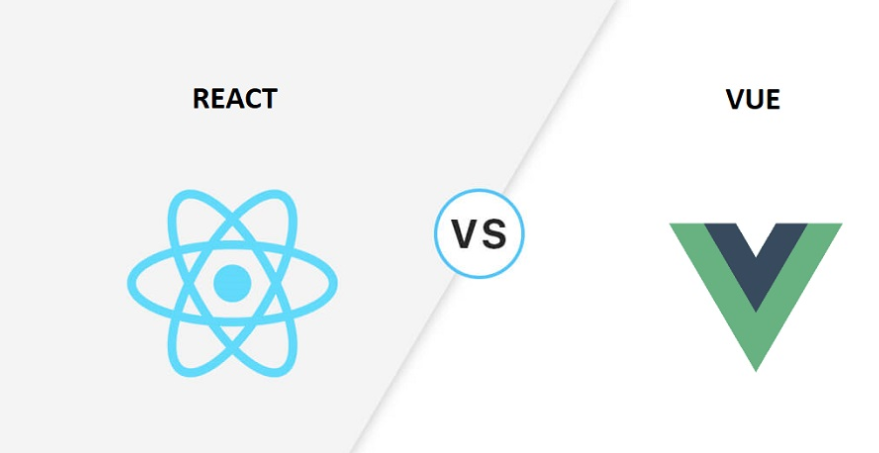 Front-end development frameworks are increasingly becoming popular as they allow developers to build interactive and complex applications in a lesser amount of time. Since there are many technologies and frameworks, such as Symfony, React, Vue, Angular and Laravel available in the market today that have revolutionized the world of software development, it has become a challenging task to choose the one that best suits your needs. In this post, we will compare two popular JavaScript-based frameworks – React.JS and Vue.JS to help you decide which one to choose for your web development.

When we discuss React vs Vue, it is definitely an interesting battle to watch as the two major web frameworks compete against each other. Although both these frameworks are mostly used for web development, the newly arrived frameworks in the market are making the competition tougher. However, the ultimate choice remains dependent on the project and business requirements. You need to consider the pros and cons of each framework in conjunction with your end objectives to ensure you have chosen the right framework for your web development.

React is a powerful, flexible, and efficient JavaScript-based library that is majorly used for building user interfaces. Owned and operated by Facebook, this open-source, front-end library is only responsible for the view layer of the application. It is ‘V’ in MVC architecture. It is made of multiple components, each responsible for executing a piece of HTML code.

Compared to other frameworks or libraries, React.JS is simple to work with since it implements a component-based approach. You can use both HTML and JavaScript through its popular JSX (JavaScript XML) syntax.

React follows functional programming with components. This enables reusing components from different levels for creating a modularized design. Moreover, it makes it easier to build and maintain the app and significantly reduces project development time.

React is lightweight and pretty easy to learn. It also offers great documentation, which is something to consider for beginners.

A web application isn’t successful unless it is optimized for better user engagement and retention. React being SEO friendly, it enables higher user acquisition.

Vue applications are pretty fast that is because it takes advantage of virtual DOM. Moreover, its small size of the application further improves its speed, contributing to better application performance compared to other frameworks.

Vue provides detailed documentation, which allows developers to build powerful applications with the knowledge of JavaScript and HTML.

Whether building single-page applications or adding functionalities to the existing apps, Vue offers easy integration since its structure and logic is contained in the same file.

#1   The size of the framework

#2   The availability of talents

Being one of the most popular web development libraries, the number of React developers and programmers available for hire are more. According to a survey conducted in 2018, over 40% of all developers are comfortable working on React, which is much higher compared to Vue (only 17%).

Another study mentions that more than 33% of companies need React programmers, but only 19% of all have adequate skills. However, over the years, even Vue has become a framework of choice for many developers. With its incredibly easy learning curve, the number of Vue developers will be likely to shoot up in the future.

Having a large community plays a crucial role in software development technology. The users stay committed to technology when they receive support whenever they require it. React has a huge community of developers who offers a range of packages, tools, plugins, and libraries. And, since React is maintained by Facebook, you can rely on for long-term support. Vue, on the other hand, has a smaller community, but it is growing rapidly. Although Vue has fewer packages, libraries, and plugins, it has gained immense popularity and support from programmers.

Although Vue is best-suited for creating single-page applications, sometimes it is difficult to reuse HTML templates compared to JSX syntax. However, Vue also makes an excellent choice for creating multi-page applications. You can quickly import the libraries and integrate Vue in your existing pages.

React Native, which is based on the React technology, is undoubtedly one of the best frameworks for creating cross-platform applications. It allows almost 99% of JS code to be reused between iOS and Android applications. React Native enables easy creation of cross-platform apps with native look and feel. Vue is not as powerful as React, but it offers various solutions for mobile development. You need to write the Vue application code in the NativeScript, and then compile the code to native Android or iOS apps.

When it comes to the learning curve, Vue is the easiest to master as it doesn’t require any special setup. You just need to import the Vue library and you are good to go. Moreover, Vue uses only JavaScript and HTML, where React requires additional learning of JSX syntax and its documentation as some of its concepts are a bit messy. But, with support from the community, working on either of the frameworks is fun.

Which framework to choose: React or Vue?

As an enterprise, you may ask which framework to choose for your business? The honest answer is it all depends on your specific business requirements. If you are looking to build complex web applications with extended features, then React may be the right choice. But, if you are looking to develop lightweight applications without complex functionalities and fast turnaround time, Vue may meet your requirements well. For companies looking for both business websites and mobile apps, then go for React as it has React Native to back your mobile app development project.

To sum up, both React and Vue are popular frameworks for creating modern applications with many things in common. Both are flexible, fast, and lightweight, using virtual DOMS and instant synchronization with the original DOM. With React, there is no shortage of professional React developers in the market. Furthermore, its huge developer community means you can find a solution to nearly every problem.

On the other side, Vue is a fast-emerging front-end development framework. It is quite simple to learn and a lot of fun to work with. Its prominent documentation and high-performance make it even better than React. It offers more tools right out of the box than React, which are backed by the core Vue team. Nevertheless, the ultimate choice of the technology comes down to your specific requirements.