Ionic Vs React Native: which one is the Right Choice for you? 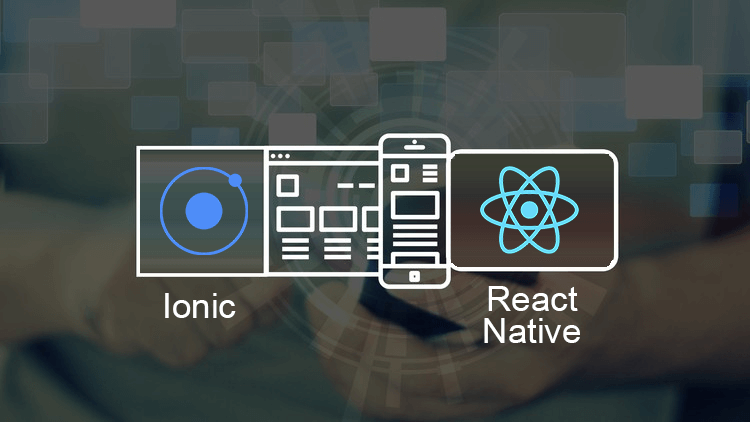 When it comes to choosing the best mobile app development framework, it turns out very difficult to choose one. Whether it is making a choice between Android or iOS or between React Native and Ionic.

The two popular and most preferred frameworks are React Native and Ionic because of tons of features and benefits they offer. However, each of these frameworks has its own pros & cons. making them more or less appealing based on demands & possibilities. Let’s dive into comparing both these frameworks to find out which one is better.

Differences between Ionic & React Native lie in the fact that both follow a different approach towards mobile app development. Ionic is particularly used to build hybrid apps as well as single-page applications. While React Native is used for creating native-like apps using standard UI blocks. Now we will look into the behavior of these platforms under the same circumstances.

When we compare both frameworks based on the design, Ionic wins the game. Ionic allows developers to utilize pre-built components, which lack in the React Native. Absence of ability to create an appealing design to React Native doesn’t make the right choice if you’re looking for aesthetic appearance.

Both frameworks are extremely functional and simple in their own way. The code in Ionic needs to be written only once & can be implemented on any platform. On the contrary, the developers need to reproduce the React Native code for the new platform. However, many developers claim that once you learn the code in React Native, it is very easy to rewrite them.

Performance is one of the major concerns for many enterprises and React Native clearly wins the medal here. That is because unlike Ionic, React Native doesn’t make use of WebView, which significantly improves its performance. Although Ionic applications are well-designed, they cannot match the outstanding performance of React Native applications.

Compared to Ionic, React Native has stronger community support and has a wide range of plug-ins available. React Native community is active at all times and constantly resolving problems. Ionic also has a huge developer community that solves any issues or bugs, but it lacks behind when it comes to the number of available plug-ins.

Since the code in Ionic can be reused for different platforms, it is comparatively cheaper to build apps in Ionic. Many businesses prefer Ionic when working under strict budget constraints.

In this post, we tried to compare Ionic and React Native based on different factors and circumstances. Both platforms have their own specialties, & making right choice depends on the complexity of your project, business requirements, budget & deadlines.

Velox Softech has a dedicated team of both Ionic developers & React Native developers who are highly experienced in working with the project of any complexity. Contact us and discuss your requirements, goals and dreams, and we will work hard to fulfill them.